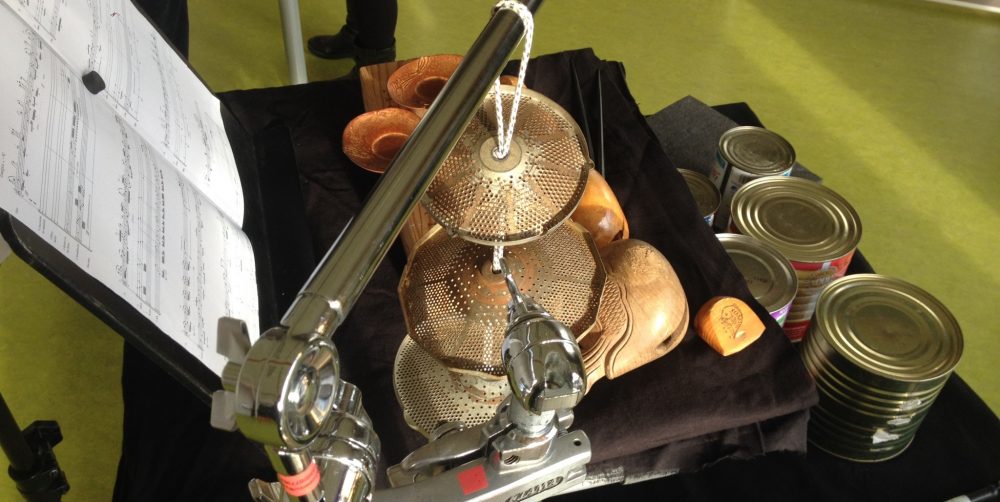 Step 1 In advance of the meeting

The teacher proposes listening to the children’s pieces in various styles and aesthetics, written for the instruments which will be played by the musicians when they come to class.

NB: a choice may be made to not have students listen to contemporary music before the meeting.

Some important pieces in the history of the flute:

Baroque:
The flutes were built of wood, and were then much less powerful. Their essentially melodic role was accompanied by a continuous bass played on the harpsichord or viola da gamba. The volume was conducive to the music room.

Classical:
Technically, the instrument has developed significantly, allowing composers (Mozart among others) to develop instrumental writing. Thanks to these developments, the virtuosity of the performers developed and strengthened the instrument’s solo and melodic role.

Romantic:
The romantic period puts the flute at the centre of the orchestra, the excluding soloist roles hitherto favoured, given the high range of the instrument.

Impressionism:
Syrinx by Claude Debussy, is the first piece to use modern instruments as we know them today. The instrument, with a much more accessible and fast key system allows for a virtuosity not reached before. The composers then began to write pieces restoring the flute’s solo role.

Contemporary:
The twentieth century is the century of all possibilities. Several composer construct and experiment with new rules, calling constantly into question the earlier ones.

Bryan Ferneyhough worked on notation and formal virtuosity In Cassandra’s Dream SongHe worked on the score-achievement report. The dense score is not intended to be executed in an ‘ideal’ way but to be performed spontaneously by the performer who can choose the order of the segments played at the moment of playing them.

Salvatore Sciarrino developed a mass of new techniques in a completely different way, to be as close as possible to the performers. By experimenting with new modes of play, the flute can develop percussive sounds, or new complex tones resulting from clusters.

Some milestones in the evolution of percussion:

-Beethoven (1870-1927): The role of percussion is here essentially a role of punctuation. The timpani, often given hammering notes, is played at the end of a phrase, to trigger a soloist’s phrase or to impart a rhythm to the orchestra.

-In Brahms (1833-1897), the timpani are considered as advantageous for their sound as it participates in the power and mass of the orchestra.

-Stravinsky (1882-1971) and Berlioz (1803-1869) introduced the timpani as a solo instrument in the orchestra. In The Rite of Spring the predominant rhythmic theme of the timpani prints its identity to the “glorification of the chosen” movement. As for Berlioz, it uses up to 16 timpani in his requiem.

– “Le Marteau sans maître ” is a work composed by the composer and conductor Pierre Boulez (1925-2016) in 1955. It is representative of the French school of integral serialism, extending current musical serialism. One could say that serialism is a compositional strategy that consists in working on a series of notes through various processes, in a rigorous, even rigid way.

Integral serialism consists in applying these processes (mirror, inversion, repetition, etc.) to all the parameters that construct the work: beyond the working timbre, dynamics, speed, etc …

The percussions are used in very fine manner, supporting the dynamic contrasts and rhythmic precision of the series.

–Ionization by Edgar Varèse (1883-1965), is regarded as the first piece dedicated to percussive instrumentation at a time when this was unknown. With 13 percussionists surrounding over 40 instruments, Varèse composed his energetic and innovative piece in 1931,to be critically acclaimed during its presentation to the French public, which was then immersed in the contemporary ‘wisdom’ of neoclassicism. It reveals that a theme can be rhythmic rather than melodic and Varese presents the incredible richness of timbre of the percussion family.

According to the proposals: no equipment needed or CD player or DVD player or internet access