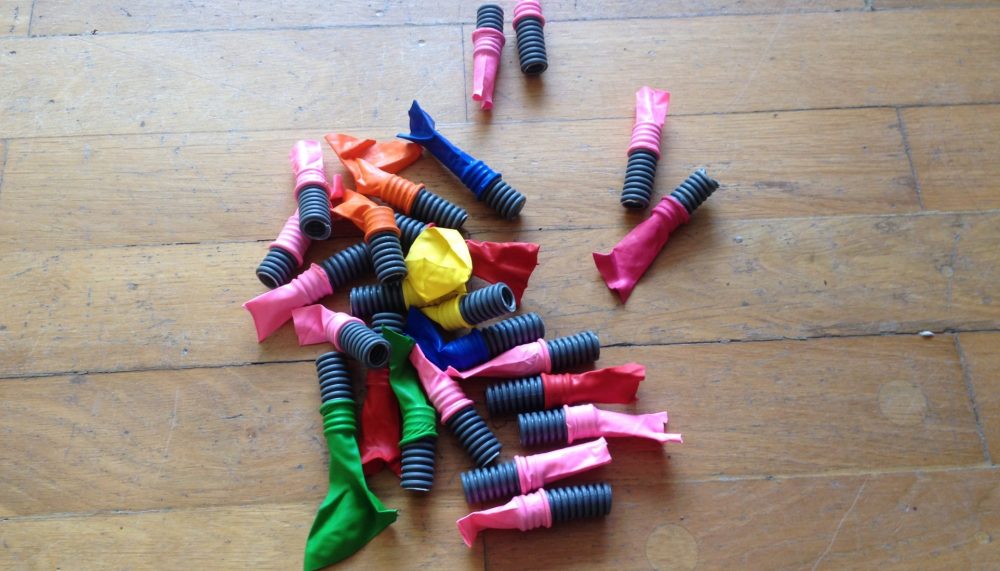 Through group musical play, engender desire, to inspire, to sharpen the curiosity and the invention, to motivate the group, to gradually bring to the investment of all the participants to the collective composition.

Part 1: Voice games: transformations
Part 2: Voice Invention from a Haïku
Part 3: Sound movement
Part 4: The class makes a sound and then composes a sequence by inventing a story inspired by the sounds

Key words creativity and entrepreneurship: Enthusiasm, Transformation in production, Development of ideas and solutions, Imagination, Interaction with the environment, Working in teams

Description: copy a particular sound, grouped in a circle.
Imagine, choose and produce vocally sound (A) the most characteristically as possible, (do not be afraid to exaggerate its intention, use of onomatopoeia, the sounds of nature imitations, environment, machinery etc).

Pass this sound (A) to a neighbour who is to reproduce it identically, and then transforms into his sound (B). Then give this sound to his neighbour (B) and so on.

Part 2 Voice Invention from a Haïku

Description: set up a sequence that combines a directed part and another rather free, on the text of Haiku.

Divide the group into three groups:

Variations: experiment with the different starting and ending possibilities, the interaction between the groups and the different spatial configurations possible.

Suggestions: record and listen by making a graphic representation of what you hear. Prerequisites: the group has already explored the instruments / sound bodies to be used for this sequence.

Experimentation and selection steps have already been conducted (each participant has mastered a number of variations of sounds).

Description: the leader / dancer is at the centre of the circle.

By his movements (his dance) it will propose various sensations.
Synchronization is fundamental: a gesture = a sound, no gesture = silence

Those who have settled in a circle around the dancer do not all see him in the same way. Only play those who distinguish a gesture, a look. This allows the dancer / leader to manage the number of musicians, it is a way of orchestrating and making choices.

The musicians only “play” the movements they see.

Similarly, the eyes of the dancer / leader will not be visible to everyone: this will allow him by this constraint to create groups of plays.

The experience should a fresh correspondence between gesture and sound and not fixed in advance. It is a question of interpreting at every moment, to be as a musician in a creative attitude like the dancer.

According to the proposals: no equipment needed or sound bodies or mallets