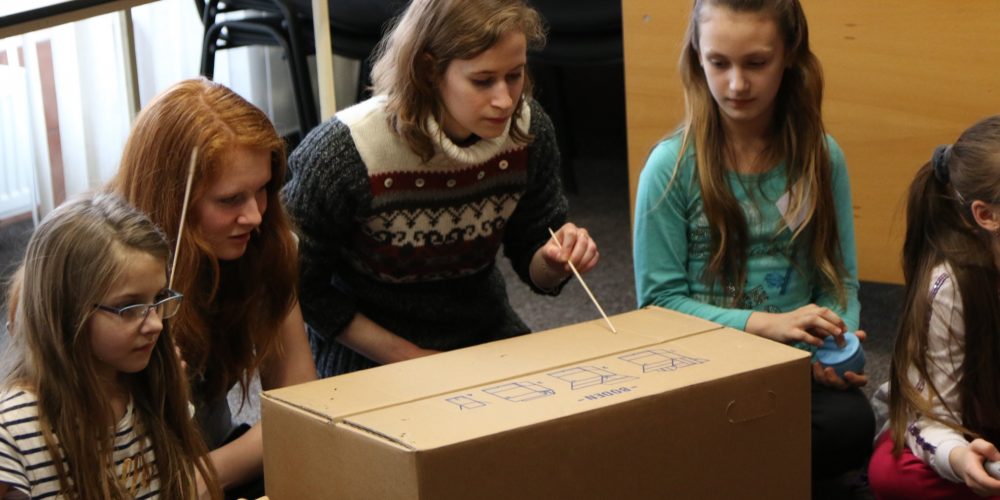 In general, creativity refers to action that is characterised by a range of abilities, such as storing and updating knowledge, as well as “divergent thinking”. More specifically, Weisberg describes creativity as a high flow of ideas, great originality of ideas, flexibility, and particular sensitivity to problems (Weisberg, 1989, p. 79-82). In music, creativity is usually referred to in the context of creative, i.e. productive and transformative (Venus, 1969; Lemmermann, 1977; Brandstätter, 2013) action (e.g. composition, improvisation, arranging, painting to music). Recent discussions also include a focus on collaborative creativity, along with individual creativity (Burnard, 2012a, p. 5f.), as well as the aspect of musical creativity as a practice (Burnard, 2012b). What is considered artistic-creative is subject to social evaluation (Csikszentmihalyi, 2010). Criteria that are often referred to, include novelty, originality, and relevance. However, there are differing views on how to determine these criteria. Mihaly Csikszentmihalyi’s system model of creativity (1999) is particularly convincing in this context: Whether or not a product is considered creative depends on the respective contextual frame of reference, i.e. the rules and practices of a “culture”, the personality traits and the expertise of an “individual”, as well as the norms and purchasing power of a “society” (gatekeepers) (Bullerjahn, 2005, p. 601). The individual elements of the “creative triangle” are interdependent, i.e. they interact with one another and underlie changes (see also Lubart, 2003, p. 13)

How do creative processes work? As early as in the 1910s and 1920s, Poincaré (1913) and Wallas (1926) tried to counteract a romantic concept of genius and to approach the creative process rationally. They developed the following phase model (see Sternberg, 1999): Individual and collective (see or connection to Entrepreneuship) Creativity

The focus of research on creativity is mostly on individual creativity, particularly in the context of music (composition and improvisation). In school contexts, however, collective improvisation and composition play an important role (Burow, 1998, for example, demonstrated this based on the Beatles’ approach). The management researchers Bennis and Biederman (1996) conducted research on high-performance groups. Their conclusion: “Whenever real breakthroughs were made in these groups,, a `leader´ emerged who had the ability to lead others to a fascinating, extraordinary, significant vision.” (9) Whether creativity is equal to art can certainly not be answered unanimously. Here again, the respective cultural contexts need to be considered and decisions would have to be taken on a case-by-case basis. Our project primarily deals with the development of creativity, but also aims to open and expand an awareness for artistic thinking and action.

The promotion of creativity in the musical field also leads to a general promotion of creativity and entrepreneurship (Rouillan, 2010). Such transfer effects are not uncontroversial (Vitouch & al., 2009). Recent research on small children shows that creativity is both a domain-specific and a domain-crossing phenomenon. This leads to the conclusion that both general behavioural patterns and skills that support creative action and thinking, as well as domain-specific skills should be promoted (Barrett, 2012 p. 56f.).

Creativity-promoting aspects in the school context

Various types of evaluations were carried out in the project. A “before” and “after” test using the creativity test for preschool and schoolchildren (KVS-P) was carried out at the German school on the basis of two creativity aspects: liquidity of ideas (“defined as the total number of kinaesthetically, graphically and / or verbally expressed solutions”, Krampen et al., 1996, p. 21), as well as flexibility of ideas (“defined as the diversity of the kinaesthetically, graphically and / or verbally expressed solutions”,  ibid., P. 21).The results show that three and four, respectively, of the total number of 13 tested pupils showed statistically significant differences between the first and second date of the survey (July 2015 and June 2016) on the scale liquidity of ideas. Only one pupil showed a statistically significant difference between the two survey dates with regards to the scale flexibility of ideas.  The results, however, must be discussed with regards to age and milieu effects. It also needs to be kept in mind that the test instrument dates back to 1996. However, the experiences with pupils and students suggest that creative music lessons have a positive effect on general creativity. The evaluations carried out during two one-week teaching-learning activities also appear to confirm this assumption. Moreover, further results show that creative activities in music classes enhance and increase emotions which, in turn, “influence the learning performance via cognitive resources, learning strategies and self-regulation during learning, as well as motivation ” (Frenzel & Stephens, 2011, p.  52).

Creativity in the classroom

The objective of the project Musik kreativ + is to promote musical creativity, as well as creativity in general. Based on the assumption that every person possesses both musical and creative abilities (Burnard, 2013), the question arises as to how schools can contribute to enhancing these abilities, and what basic conditions are required to encourage creative processes.

Freedom and space are two essential aspects of the promotion of creativity (Pagany, 2000). The possibility to think and act freely. This requires sufficient time to be available to (re-) explore things individually or with others (Serve, 1994). Pupils should be given time to solve tasks – especially in independent work.

Creativity needs freedom to unfold spontaneously and naturally (Brodbeck, 2010). In the orderly system of schools with planned and structured teaching, freedom also means the loosening of structures, discovering new ways, trying out new things and reordering disorder (Serve, 1994). It means providing space and time for making experiences and for processing them, as well as for the resulting individual and collective forms of expression. Music education in particular, with its relatively few strict guidelines and rules, allows for this creative freedom (Kaul, 2009). In order to promote creative processes in the classroom, three aspects play an essential role (Odena, 2012): the physical climate, the intellectual climate and the emotional climate. The physical climate describes the design of the classroom itself, in which as many activities as possible are to be encouraged. In the project, this was done, for example, by the creation of space for movement, by the spatial arrangement and staging of instruments in order to invite pupils to play, by the re-organisation of fixed seating arrangements.

As well, a variety of information and knowledge can serve as the basis and trigger for creative processes. The aspect of knowledge transfer describes the intellectual climate, which aims to stimulate and challenge research impulses in pupils (Serve, 1994). Knowledge of origins, designs and playing techniques of African instruments and their “offspring” in school instruments, as well as the knowledge of the significance of music in African society, inspired pupils of the German team to create their own playing techniques and rhythmic contexts.

The emotional climate describes the psychosocial basic atmosphere. An atmosphere of trust, acceptance and appreciation is needed to promote creative processes (Pagany, 2000). This means that pupils should feel safe when they take risks, try new things and do not have to be afraid of mistakes (Odena, 2012). In an appreciative environment, pupils are more likely to break away from conventional paths (Serve, 1994).

Aspects that inhibit creativity include, for example, a (very) authoritarian learning environment, which allows little scope for thinking and acting (Seitz, 1994). The compulsion to conform (Seitz, 1994) restricts the flow of creativity – the need not to stand out and then possibly to fail in the end is decisive here, just as much as hostility towards personalities that are different (Serve, 1994). Nobody wants to become an outsider. The overemphasis on success in school and in society creates pressure. Children have a natural need to play and try out things. However, if this is not or hardly tolerated, the child’s intrinsic motivation for creativity is stifled in the bud (Höhler, 1994).

The role of the teacher

Teachers play an important role in promoting creativity. They create the learning framework and thus provide an atmosphere that encourages creativity (Seitz, 1994, p. 55). On the other hand, teachers should have a profound knowledge of factors that promote and inhibit creativity in learning contexts (Höhler, 1994, p. 92), on the other hand, they should reflect on their own divergent thinking and action (Pagany 2000, p. 98). In this way, teachers become role models that encourage pupils to do the same – for example, to re-examine learning contents and discover unconventional opportunities for discussion (ibid.).

The teacher should create an atmosphere of acceptance and appreciation which allows pupils to receive time and again encouragement and confirmation and to feel respected and recognised by the teacher.

Creativity takes time! Creative processes do not necessarily follow a controllable plan – this requires patience and perseverance – not only from the teacher. In the creative process in particular, each phase must be given the appropriate time. The question which arises in a structured and planned school day is whether one also allows time for the incubation phase, or whether one moves from the preparatory phase directly on to the illumination phase with a corresponding illustrative result (Seitz, 1994). Teachers will be constantly challenged to be flexible and patient.

The diversity of pupils requires that the uniqueness of pupils is addressed instead of aiming at a “bundled progress” (Höhler, 1994, p. 95). This does not mean that only the creative talents of pupils are promoted, but the development of their entire personality is put into the focus of the promotion (ibd., p. 97). Current researchers, such as Pamela Burnard (2013), examine the role of the teacher in music education in various creative, musical production and reproduction processes and describe their possible actions. In this context, a collaborative learning community is often suggested, which benefits pupils, teachers as well as the school (Burnard, 2013, p. 3). Thus, a creative impulse takes place less by guidance than by co-constructive accompaniment and support in musical learning processes. Time and again, the teacher takes up pupils’ imagination and inventions and integrates them into the lessons (Burnard, 2013, p. 10). These examples of tasks of the teacher show that the collaborative interaction between pupils and the teacher is crucial to promote creativity.