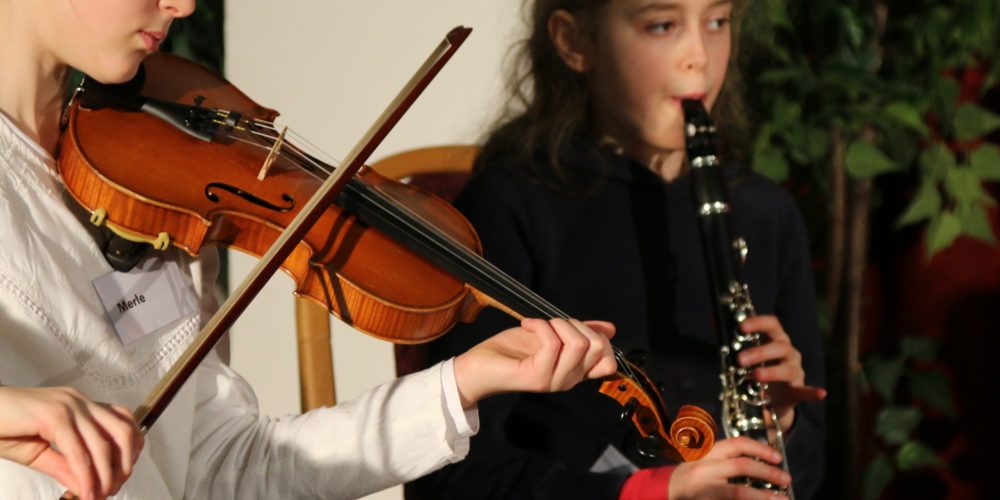 The concept of music underlying Musik kreativ+ is deliberately kept very broad. It includes music from different cultural traditions, such as folklore or West African percussion, as well as traditional European art music in the form of string quartets or New Music of the 20th and 21st century. It also includes embodiment, the experimental approach to sounds and noises of all sorts: sounds produced by one’s own body, environmental noises, or the sounds of self-made instruments, etc. The music examples provided serve as orientation, but can be replaced by other examples as needed, ensuring as much flexibility and scope as possible for the development of creative ideas.