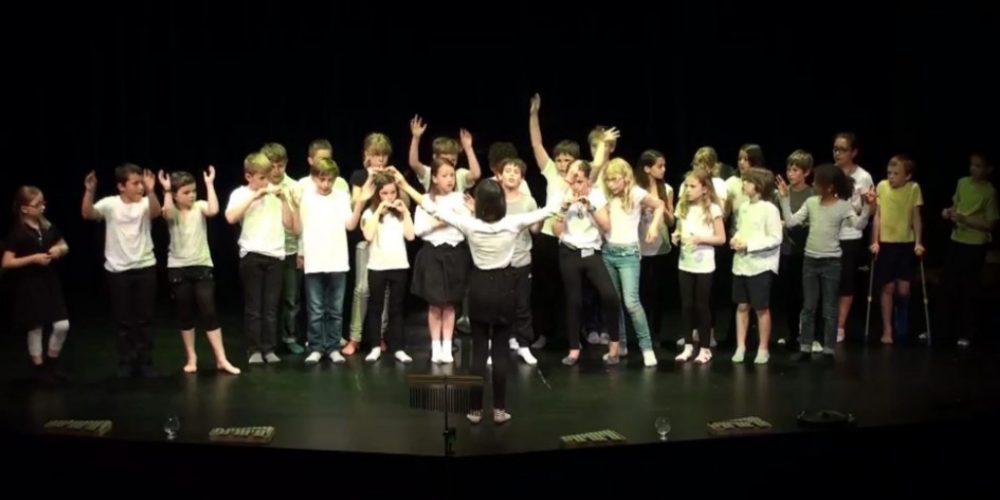 The teaching modules Musik kreativ + bring together creativity, entrepreneurship, performance and cultural cooperation in the concepts developed by each partner country.

The starting point is an open and subject-oriented approach to music, which is intended to enable diverse aesthetic experiences. Drawing on the five ways of dealing with music according to Dankmar Venus (1969), aspects of creativity and entrepreneurship can be explored, developed and shaped on very different levels: via listening, production, re-production, transformation, reflection, emulation, and modulation. In the relevant literature (Brunner, 2015), both areas have been described with similar competences (see chart).

The idea of the teaching modules is that creativity and entrepreneurship will be interlinked, thereby influencing each other (Rouillan, 2010):

The approaches to music are represented by different phases in the creative process (see graphic). The active approach to music in school contexts impacts the phases of creativity depicted in the graphic: Entrepreneurship with its characteristics risk-tolerance, a keenness to experiment, as well as a sense of responsibility are part of every creative process, and are therefore also reflected in all of the teaching modules. In a stricter sense, entrepreneurship takes place during the preparations for a performance, e.g. in activities such as moderation, advertising in the form of posters, blogs, (newspaper) texts, radio features, etc.

The process of individual and collective musical creativity stimulates participants to search, to listen, to discover, to experiment, to explore, to imagine, to create, to collaborate, to take aesthetic decisions, to take responsibility, to organise, and to present. The objective is not competition, but rather the development of a joint performance.

Performance is understood as the presentation of results to a larger audience (for example, a parents’ evening, another class, a school concert), as well as the spontaneous and prepared presentation of pupils’ ideas in the classroom.

Co-operation at various levels played a central role in the development of the project ideas. From concept to completion, all project partners communicated, discussed and tested every step.

At the school level, the cooperation between artist groups from outside school, teachers, pupils and the representatives of universities led to a clear added value for all participants. Through the constant change of perspectives and roles between acting and receiving parts, teachers and learners, individual views could be communicated, reflected and changed.

This form of cooperation can only be a suggestion, as its implementation in everyday school life strongly depends on the individual circumstances. Therefore, in the individual modules, one might also consider working with one or several musicians, for example, from a local music school. If this is not possible, the included videos may provide inspiration.  On the other hand, the suggestions should also serve as an encouragement to create similar projects with national and international partner schools, which calls for creativity and entrepreneurship on the part of teachers.

The linking of contents in all areas has a different focus in each of the sixteen teaching modules. The individual parts of the modules may be combined as required and according to the instructions given:

Engagement and collective creation bring a special impetus, returning the sum of all energy given and all the energy produced. Musik kreativ + underlines the resonances of this concept: we are enriched by the creativity of others so as to explore all possibilities and develop our own creativity, taking confidence these ideas which builds self-confidence.

The common objective is the performance, which can be understood in both senses of the term: exploit and show.

From concept to completion, all steps have been experienced by all participants; all parameters were identified and taken into account whatsoever in organizing trips for international meetings or in the preparation of the performance and of the communication on the event.
The Musik kreativ + project has helped bring attention to collective relationships, to the knowledge and recognition of others and the culture of others, as well as the development of critical thinking and sensitivity (Schlienger, 2016).

For schools, music ensembles and universities, Musik kreativ + has been a singular experience, strong and enriching not only because of its internationality but also because of the meeting between professional musicians, schools and universities. At all levels, partners had to learn to work together, communicate and understand each other in different languages, in silence, gestures or music.
Everyone has contributed and has invested to bring about a project, build and implement, communicate and present.

To desire to dare, to invent, to stimulate creativity, to experiment is also to give form to entrepreneurial craving.